6 Things to Know About Parris LaDame

This rising rap star in Indy is drawing comparisons to Cardi B and Megan Thee Stallion.

As we were putting together ideas for the music issue, guest editor Gabby Love had one name near the top of her list of people to shine a light on: rapper Parris LaDame, who she described as Indy’s own Cardi B or Megan Thee Stallion (both of whom will be performing at the Grammys on Sunday, March 14).

Here are six things to know about the woman rising through the hip hop ranks from right here in Indianapolis.

LaDame graced the February 2021 digital cover of Pattern with her signature orange hair. “Orange has always been my favorite color,” she told the magazine. “My hair is a natural sandy brown and one day I was going through a lot and I said, “you know what, I’m about to dye my hair!” I didn’t know what color to dye it. The most common colors are like red or black. I went ahead, went orange and it just fit. Now at my shows my fans are wearing orange from head to toe – orange attire, orange hair. I call them my cuties. It all fits.”

As for her becoming a creator, well that started early. “Throughout my life, I loved poetry, but I first fell in love with my craft when I visited a recording studio. An old buddy of mine invited me to come and check out a friend of his record music,” she also said. “While sitting there listening, I kind of thought they were wasting time and money, just playing around so me being me, I made a comment and one of the guys said, ‘well if you think you can do better, hop in the booth,’ and the rest is history. Now here I am, Parris LaDame. The poetry and the music just fit together and I fell in love right there. I fell in love in the studio just knowing I could put words to a beat.”

ISSA RAE IS A FAN

The Insecure creator retweeted LaDame’s video for “Hang This” back in 2018. LaDame talked about the moment her phone started blowing up after the shout-out during a sit down with The Polished Lady.

Mood going into the weekend. https://t.co/HFxiR5jGWI

So what can we expect? “A whole new campaign. New visual, new music, new streaming, new promo, new everything. I recently just took everything off of my Instagram page,” she told Khaila King of Pattern. “I took all my pictures down. I archived them, it’s a fresh new start. Everything new, everything me. I’m rewriting my story.”

Unsurprisingly, someone who is a great writer puts out some excellent lines on the bird app. We love the stream of consciousness vibe it has.

If don’t nobody got me , I know my mama do

She loves women in hip hop—and is poised to take her place among the greats, as far as we’re concerned.

“I think Black women have always been dominant in the rap game. When I was younger, there was Trina, Eve, Charlie Baltimore, Khia and Lil Kim. Then Nicki Minaj came around. Now there are artists like Rico Nasty, Megan Thee Stallion, Mullato (Big Latto), and Cardi B,” she told Pattern. “They are dominating and I love it. In the past however, there still had to be a male presence in their videos just to let us know that they discovered these women, but as of now, women don’t need men to ‘make it.’”

“They don’t need that male validation, because although the music we make is for everyone, we represent the woman who stands on her own in whichever lane that may be. Women have always contributed to music and hip hop,” LaDame continued. “To me, women listen to more music than men and are more open minded about trying different genres. If you can get women bobbing their heads to a song, the man will nine times out of ten follow suit. Women just have it. Think about it, most of the stories you hear about is someone’s wife or daughter in the industry listening to a song and then telling their husband or father who owns the label to listen, next thing you know, the artist is being signed.”

Her videos are dope.

Just watch for yourself. 14 Female-Fronted Bands to Check Out at Tonic Ball 2019

From Oh Europa and Cara Jean Wahlers to Manners, Please and The Girl Called Books—these groups will take the stage on November 22. 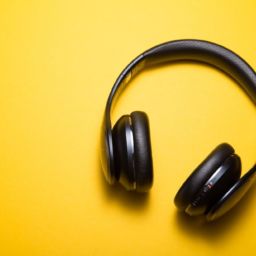 Get your groove on with these talented musicians. Need some new music in your life? We’ve got you covered with our new feature, Music Mondays with DJ Gabby Love and RadioNOW 100.9. Get to know this amazing Indy organization that’s kind of like Camp Rock, but better. She’s the go-to lighting designer who sets the mood for some of our town’s most amazing performances—and she’s sharing the secrets to her process with us. The former journalist shares her insights on the ever-evolving industry and how to stay calm in high-stress situations.