All month we'll be celebrating the women who helped secure the right to vote for Hoosiers. This week, some of the key leaders.
  
By Leah Nahmias Culture Mavens March 4, 2020

All month Indy Maven will be partnering with Indiana Humanities to shed some light on women of the suffrage movement here in Indiana and beyond. March, of course, is Women’s History Month and 2020 marks 100 years since (white) women were given the right to vote in our country. Stay tuned for many more interesting stories in the weeks to come, including those of the black Hoosier women who fought for suffrage.

Countless Indiana women participated in the suffrage movement here and around the country. Indeed, one reason to mark the suffrage centennial is to ensure that their stories are more widely known. Here are a few key leaders in the long fight for suffrage in Indiana.

Marie Stuart Edwards, of Peru, was active in various women’s clubs and in suffrage groups, serving as president of the Woman’s Franchise League of Indiana from 1917 to 1919, an intense period that saw the passage and repeal of partial suffrage laws in Indiana and the final push for the ratification of the 19th Amendment. After suffrage, Edwards served as founding vice president of the national League of Women Voters.

Helen Gougar, of Lafayette, one of the first women lawyers in the country, was a fierce advocate for suffrage and temperance. She gained notoriety for attempting to vote in 1894 and was the first woman to argue before the Indiana Supreme Court in 1897.

Ida Husted Harper, of Terre Haute, was a columnist and Susan B. Anthony’s handpicked biographer. Harper initially focused her columns on the need for women’s economic independence and the right of women to work, later turning her attention to the right to vote. With Anthony, she wrote the earliest histories of the suffrage movement in order to educate younger women joining the suffrage movement in the 1880s and 1890s.

Dr. Mary Thomas, of Richmond, was not only one of the first female doctors in Indiana, she was also helped to organize the state’s first women’s rights conventions in the 1850s and edited the Lily, a women’s rights newspaper. In 1859, Thomas became the first woman to speak before the Indiana General Assembly, calling for a married women’s property law and the right to vote.

Leah Nahmias is the Director of Programs and Community Engagement for Indiana Humanities.

This material is adapted from a brief for The Policy Circle. She was the first black woman to graduate from IUPUI’s law school and be elected to the Indiana General Assembly. White women gained the right to vote 100 years ago, but Tamara Winfrey-Harris reminds us it took women of color many more years of tenacity and activism. 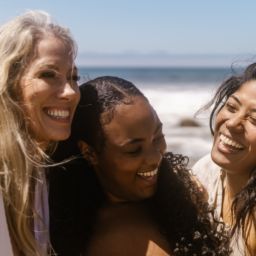 We Want to Know: What Brings You Joy?

We asked 14 local women to tell us what inspires joy in them, and here are their answers.