Abundant Life Institute: Aiming to Create a World Where Not One More Child Is Sexually Abused

Not one more. Those three words sum up Abundant Life Institute‘s mission to prevent childhood sexual abuse. Abundant Life Institute consists of skilled volunteers who serve individuals and communities who have been affected by childhood sexual abuse and other types of trauma, says Tonya Hill, who is the institute’s founding executive director. “Our motto is that we are creating a world where not one more child is sexually abused — not one more,” Hill said.

Why did you start Abundant Life Institute?

I believe it is an assignment that I received from God. I am a survivor. I spent my life making sure my children didn’t endure the things I did. I had been in social work since 1992. If you are in a group of women, even a small group of seven to 10, there will be some who have experienced childhood sex abuse or know someone who has. Your eyes have been opened to a situation and you’re angry and hurt about it, but at some point, you have to do something about it, and that is how Abundant Life Institute was birthed. So, I had been doing it for a while, but it didn’t become a 501(c)(3) until 2019.

We serve people through prevention, intervention, and aftercare services. We understand the connection between childhood sexual abuse and substance abuse, mental health problems, domestic violence, and a tendency towards crime. When you get to the root cause and peel back the layers, people might be acting in a dysfunctional manner because of unresolved childhood trauma, which a lot of times is childhood sexual abuse.

Can you elaborate on what prevention involves?

We also do a Parents Powered to Protect conference. A parent, guardian or teacher might not know some of the simple rules of prevention. For example, one of them is “no one-on-one,” and what that means is, teach the child that they are not to be one-on-one in an enclosed area with an adult, or anyone for that matter. For example, if the child is at school, they should not go into a closet with another kid or get under the slide or go anywhere where they are not visible to other people. We also can teach kids that we don’t keep secrets. If an adult tells a child something is a secret just between the two of them, then that’s a red flag to tell a parent or trusted person.

I read that the institute has retreats available for girls and young women. Can you share more about them?

We have the Crown Up Conference and Grooming of Queens Retreat. The goal of these events is to enrich young women from middle school age to young adult and show them how they can reach their full potential. Every year (except the COVID-19 years) we do two retreats in the Indianapolis area. We usually do one over spring break and one over fall break. Then we do a national trip over summer break, and we do an international trip over winter break. Here in Indiana, we’ve held the events at Flat Rock River YMCA Camp and various civic organizations and churches. The national events were in Miami and Washington, D.C. Our international retreat was held in Tanzania in East Africa.

What are your plans for the institute for next year?

Our goal for 2023 is to train 1000 parents. We plan to have two Parents Powered to Protect conferences and attend other parent meetings. We are creating billboards, bus wraparounds, and yard signs with prevention messages on them. We are focused on increasing awareness because that’s how change occurs.

Anyone interested in programs or training provided by Abundant Life Institute can visit this link.

RELATED: FREE TO BE YOU AND ME: THE HOW AND WHY OF BODILY AUTONOMY AND CONSENT CONVERSATIONS WITH KIDS Creative Mornings Indianapolis is thrilled to announce that Sara Hindi and Rima Shahid will be front and center Friday, January 29 for a free-ranging conversation around this month’s theme of “Promise.” 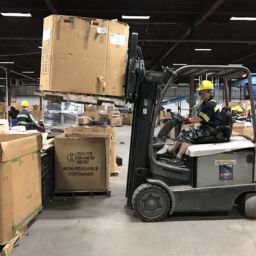 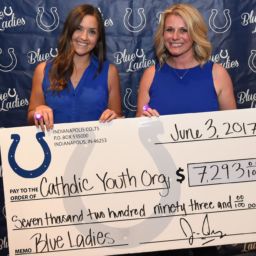 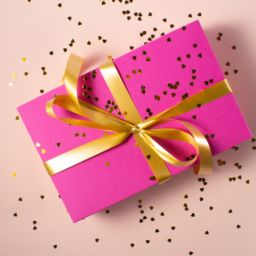 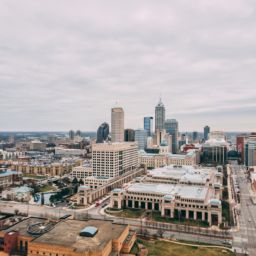