Living Through the Coronavirus Pandemic…While Asian

“You are lucky that he likes you.”

Head tilted at 45 degrees, his knowing look told me that I should understand what he meant. I was at my friend’s house and all of her parents’ friends were gathered. I was still little, maybe second grade? I was sitting on his lap. It was shared with me that he was a Korean War POW—shared with a knowing weight. My fourth child is in second grade. I am trying to imagine how he would handle being spoken to like that? How would he interpret it? I did not have the words yet, but I knew that whatever that meant, they unanimously agreed I passed some sort of test and was acceptable.

Inside, I felt relief and shame as a thin blanket of approval was graced upon me at that table.

I am a Korean adoptee. I was adopted by my parents when I was six  months old. My white parents. My white family. Even today, the Asian population in my hometown is only 0.7%. Everyone knew my parents, which meant everyone knew me. I was Mike and Kathy’s daughter—a wonderful thing! As far as parents go, I won the lottery.

My hometown of Franklin is quaint, with a liberal arts college. There are nice folks here. As I grew older, I would still feel that blanket of approval in seemingly innocuous comments sprinkled throughout my life. The most common was, “Oh. Her parents are white.” Or, “She’s just like us.” They seemed like compliments. I would smile and nod my head in agreement. See? I fit in! I am no different.

It is hard to see racial bias in a white community. I thought, somehow, I was kind of special because there were hardly any people that looked like me and most importantly, I was one of them…

I am not sure when I realized what racism was. Maybe when I was in the bowling alley restroom and two girls called me a Chinese boy and said I needed to get out? Maybe when I was asked if my name was Kim on a regular basis? Maybe when I was told I made my college cheerleading team because I helped meet their minority quota? Or, maybe it is every time I am told that race doesn’t matter?

“You are just as white as we are.”

“…but you have white parents.”

I call that my white shield. I have used it. It has helped in situations to keep me socially “safe” in white situations in my white world.

With leaders using terms like the “Chinese Virus” and the “Wuhan Virus,” I am seen only as Asian, foreign. A virus carrier/cause. My white shield is useless. Fortunately, I dropped that a long time ago, realizing that it only fed into racism. It does no good against coronavirus. This is a prime example of why.

In the beginning of the lockdown, I had to go to the grocery. I was masked with gloves. But I was an Asian in a Wal-Mart. There were other masked folks who entered nearby—white folks. A couple had walked in ahead of me, stopped for something. As I walked by them, simultaneously they looked up at me and busted out laughing. I know that laugh. The woman touched his arm and said, “Oh my god. Stop. Don’t look at her.”

“What was the racist part of this? It sounds like they were laughing at the mask and gloves?” one person asked me on Facebook.

“I wouldn’t take this as racist, my kids have a contest when we go out to see who gets to 10 pairs of gloves and 10 masks. I think it’s a mountain out of a molehill,” another person wrote in a comment.

White silence. It is deafening.

My oldest child is 24. Her (also) half-Korean friend was verbally accosted at a Walgreens. She was aggressively told she was irresponsible for not being masked in public, by an unmasked white woman.

“I think the experience I’m thinking of recently is doing mutual aid and realizing someone I was helping blamed Chinese people for coronavirus and was actively spreading conspiracy theories blaming Chinese people,” Abby Ang, an Asian American community organizer tells me. “It’s hard to help people when they are not only rude but also are actively doing harm to your community.”

I founded and run a free pantry from two locations. If and when I speak out about racism, comments like this happen every time: “You are always downing white people and you were raised by white people. For someone who runs a free pantry, your manners suck!”

You were raised by white people translates to: You should identify with my racism. What is wrong with you?

This too shall pass. What will you take from this?

Michelle Waugh Dahl: justice hopeful, mom, KAD, #pantrymagic. She is also a member of the Indy Maven editorial board. 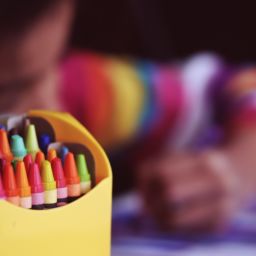 Leah Deeray and Kyra Harvey, of Indy10 Black Lives Matter, are using their skill sets to help their communities during this new crisis. Amy Hemmelgarn is on the frontlines—and even those look different today than they did mere weeks ago in the fight against COVID-19. 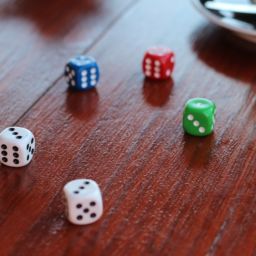 Expert Tips on Waxing at Home

Indianapolis aesthetician Jennifer Hachman is here to help you avoid an embarrassing (and painful) situation until you can return to your regularly scheduled appointments.