We are excited to introduce a new four-part series titled “Mavens4Change,” featuring Rima Shahid, the CEO of Women4Change Indiana. This is Rima’s first feature in the series, so be on the lookout for her next article in March. When buying a baby gift recently, I stumbled onto some boys ’onesies with sayings on them such as “Mr. Steal-Your-Girl,” “Flirting My Way to the Top,” and even,“ I’ve been deeper in your wife than you’ll ever be.”

And people wonder why the rape culture is alive and well in our nation.

Then again, the fact that rape culture thrives in pop culture is, sadly, not all that shocking. As those onesies demonstrate, it’s all around us. What is shocking is that our lawmakers allow the rape culture to persist in our laws.

It’s true: Because our state doesn’t have a statute defining consent, “no” doesn’t mean “no” in the eyes of Indiana law. Sex without consent isn’t a crime, unless the victim can prove that there was use of force, threat of force, or incapacitation. Saying “no” clearly and undeniably? Not enough.

So, yeah: In Indiana, someone can have sex with you against your will, and it’s not a crime.

Fortunately, many forward-thinking Hoosiers are working to fix this by creating legislation that defines consent.

Look, I get it: The topic of sexual assault is uncomfortable. People don’t like to talk about it. But that doesn’t relieve them of the responsibility to pass laws that address sexual assault.

As the law stands now, Indiana prosecutors are reluctant to take rape cases to court because they are hard to win. It can be nearly impossible to prove force, much less threat of force. The definition of consent comes up in every single rape trial. Let’s no longer leave it up to interpretation. Let’s legally define it.

This is not unchartered territory. Nineteen other states and the District of Columbia have criminalized sex without consent. And now we have a bill that can add us to that list. House Bill 1079 “Elements of Rape” is moving through the process of becoming law. But there are many hurdles.

The good news is the bill has had bipartisan support. Rep. Sharon Negele-R authored the bill, and Rep. Sue Errington-D, Rep. Donna Schaibley-R, and Rep. Robin Shackleford-D, signed on as co-authors. It passed the Courts & Criminal Code Committee with a 9-1 vote. The full House passed it with an 86-3 vote.

Now the bill advances to the Senate, and we need your help. Here’s what you can do.

●  Contact Senators Liz Brown and Mike Bohacek, who are co-authors of the bill in the Senate, and let them know you’ve got their backs.

●  Contact Senator Mike Young, chair of the Corrections & Criminal Law Committee, and ask him to give the bill a hearing.

●  Find your state senator and let them know that you expect them to speak out in support of the bill, and to vote for it when they get the chance.

As you’re reaching out to those elected officials, remind them of this: The Rape, Abuse, & Incest National Network reports that, out of every 1,000 sexual assaults, only 50 lead to arrest, and only 28 result in felony convictions, with just 25 perpetrators being incarcerated.

Changing tasteless slogans on baby clothes might not affect numbers like those, but changing laws that perpetuate rape culture will. Let’s put a legal definition of consent on the books in Indiana. Sadly, the Gender Pay Gap Is Even Worse Than You Thought

Let’s all fight this fight together, shall we? The Clothesline Project asks women to share their stories of sexual violence. From BitchStix and Ambre Blends to Fló and Bass Farms—here are some of our favorites. Looking for the perfect homegrown present? We’ve got you covered. Mother’s Day Gift Guide—All for Under $50

Make mom (or yourself) very happy with these fantastic ideas from local, women-owned companies. From can koozies to suspender sets, here are 18 of the best finds for the special guys on your gift list. The executive director of Women4Change discusses the importance of Hoosiers voting, living in Bahrain for 10 years, and the woman she admires most. 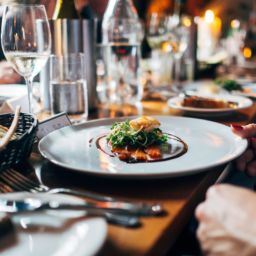 Everything You Need to Know About Indiana’s Consent Laws

Some of this information may surprise you—and spur you into action. Check out these local Indianapolis beauty treats for the holidays!