The Story of StitchWorks

How designers from around the city came together with Polina Osherov and PATTERN to create a unique cut-and-sew facility for the city’s burgeoning fashion industry. In 2010, Indianapolis designers and creatives came together to found PATTERN magazine, a luxurious fashion, art, and culture publication designed for a sophisticated and globally-minded audience. Simultaneously, its founders also kept another project called StitchWorks simmering, just waiting for the perfect collaborations to come together so they could introduce it to the world.

“StitchWorks is something that’s been brewing as an idea on the wish list of local designers for quite a few years,” says Polina Osherov, PATTERN magazine executive director and StitchWorks director. (She also happens to be Indy Maven’s creative director and this week’s guest editor.) “It’s really the reason why PATTERN came into existence 10 years ago. The local designers wanted to build the local fashion industry and its infrastructure, and one of the things that was missing was a cut and sew facility.”

In spring 2020, the stars aligned and StitchWorks opened its doors at the Circle City Industrial Complex. Essentially, it’s a small-batch sewing facility that also provides skills training, with a focus on diversity and inclusivity. Some of the typical day-to-day pieces created include bed sheets, hoodies, and even lingerie.

“It took this long to make it come to fruition because to launch something like this takes funding and it was hard to sell,” Osherov says. “So, here we are though.”

Tricks of the trade Each day at StitchWorks looks different, depending on what client projects are being worked on at the moment and what items are most in demand. Take last year for example. Eskenazi Health hired StitchWorks to make 25,000 disposable isolation gowns after it experienced a severe shortage during the COVID-19 pandemic.

“We spent most of last year making isolation gowns,” Osherov says. “There was a shortage of gowns and the only way that local hospitals could get gowns to use for their staff and for their medical professionals was to hire somebody locally to do it. We knocked that out in about 45 days and used close to 100 stitchers to get that job done.”

In addition to small batch-sewing, StitchWorks will also soon offer Indiana’s only industrial sewing certificate. One of the biggest hurdles it’s come across is many of the people they looked to hire still needed to be taught how to sew. Sadly, it’s become a bit of a dying trade over the years. StitchWorks decided to be proactive and crafted together the program with hopes to combat the severe shortage of sewing machine operators and create a pipeline of sewing talent in the region.

“It’s one of those trades, like plumbing and welding, that lost its shine in the last 30 years,” Osherov says. “There’s just not a lot of people that think of it as a career choice, so we’re trying to change that.”

As far as how it’s going to find clients and stitchers, StitchWorks is still working out the kinks. One of its target audiences are people coming out of the prison system who are looking for work or to learn a new trade. Other groups they’re hoping to tap into are the immigrant population and kids in high school. Specifically, ones who don’t really want to go to college but are crafty and creative.

“There’s just not a lot of experienced stitchers out there,” she says. “But we’re hoping to change that.”

Another component to StitchWorks is its dedication to responding to offshoring and its byproduct: fast fashion. According to Oxford Languages, offshoring is “the practice of basing some of a company’s processes or services overseas, so as to take advantage of lower costs.” The Good Trade describes fast fashion as “a design, manufacturing, and marketing method focused on rapidly producing high volumes of clothing. Garment production utilizes trend replication and low-quality materials in order to bring inexpensive styles to the public.”

In many cases, the items made as a result of fast fashion are not the best quality, meaning the garments are thrown away when they’re damaged rather than mended. This directly causes environmental distress, as well as a loss of sewing skills.

Osherov explains that those who take the biggest hit from fast fashion are small, local designers. StitchWorks says in its mission statement, “With how cheap production is, corporate retailers can feasibly keep up with the market while pricing their goods extremely low. Meanwhile, small retailers struggle to stay above water: most of their goods are carefully handmade with high-quality materials, which is both timely and costly. Our belief is that this imbalance needs to change.”

In the future, as the company grows, Osherov hopes to see the brand morph into a bonafide factory, as opposed to a sweatshop, as many people have come to believe.

“To me, learning how to use a sewing machine is almost like the gateway drug to all kinds of other career opportunities and expressions of creativity,” she says. “I would love for us to graduate individuals who then go on to launch incredible apparel brands or other creative ventures.”

At the end of the day, the team at StitchWorks hopes their efforts land Indianapolis a spot on the map as “a place that gives birth to people who make amazing things with the use of sewing machines.”

“Being more thoughtful about fashion as an industry can only benefit our city and our state,” Osherov says. 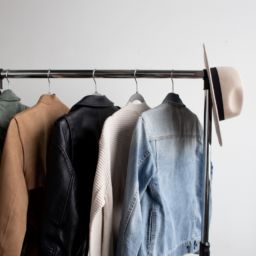 Indy’s most popular clothing swap is back and better than ever. Here’s what you need to know before you go. The local stylist shares what’s she bringing to swap, what trends she’s excited about right now, and her runway song (we all have one, right?) 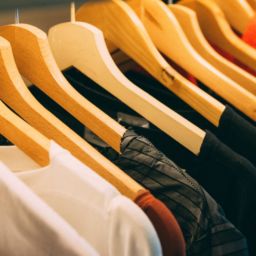 The Fox59 anchor shares what’s she bringing to swap, her style icon, and the one item of clothing she’d save in a fire. Make sure to stop by and talk to Busch, the owner and fashionable force behind Nicole Blair Wear in Carmel, during Style Swap Nov. 15 at the Indiana Design Center. 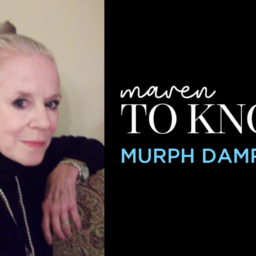 Get excited for spring fashion with these stylish women. This is shaping up to be a spring and summer like no other—and we’re ready to dress for it. Make Your Wardrobe More Sustainable with Tips from Local Pros

We spoke to four Indianapolis-area vintage clothing enthusiasts to get their tips on how to thrift with an expert and eco-friendly eye. How to Get Out of a Style Rut This Fall

While yoga pants are just so darn irresistible (we know!), sometimes it’s fun to switch up your fashion and beauty routine a little. Meet the Maven behind IndyDressed, a blog devoted to different types of Indy artists. Spice up your winter wardrobe with tips from this personal style expert and fashion entrepreneur.